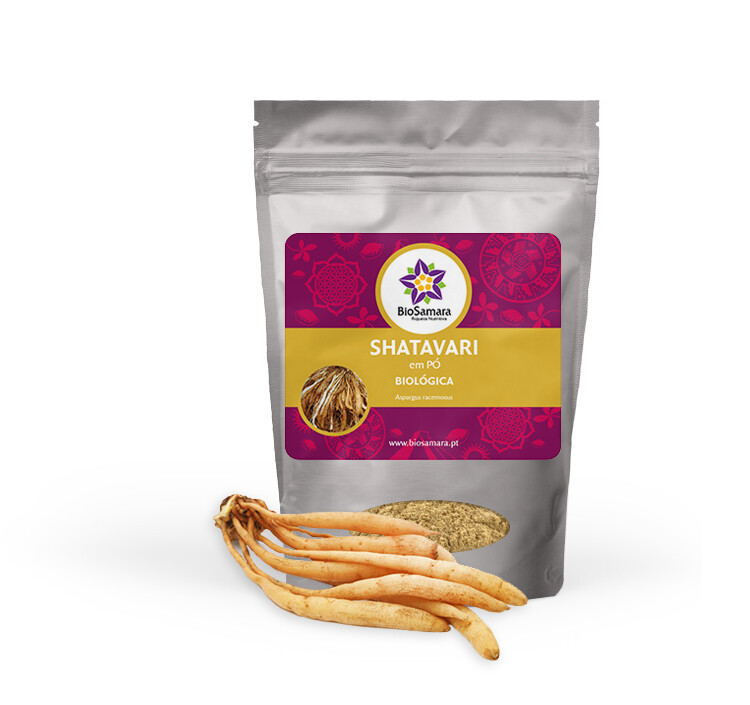 Shatavari is a medicinal plant with a long tradition in Ayurvedic medicine, it is known for its numerous benefits for women's health.
In Ayurveda Shatavari is the complement of Ashwaganda which has a more masculine energy.
In Sanskrit Shatavari means “she who has a hundred husbands”, implying that the herb can help and support fertility and vitality.
Shatavari maintains the health and balance of female hormonal processes during all periods of life. It improves menstrual symptoms by relieving cramps, PMS and regularizing the menstrual flow.
It is a plant suitable for periods prior to pregnancy, it builds a uterus and healthy eggs for the future embryo.
It can also be taken during pregnancy, in this case, many studies have shown that Shatavari helps high-risk pregnancies, reducing cases of miscarriages and increasing the percentage of success in complicated births.
Increases breast milk production during the breastfeeding period.
Shatavari is also used during menopause, and due to the phytoestrogens present in the plant, it alleviates the symptoms characteristic of this phase. Shatavari supports natural estrogen production.
Shatavari is also excellent for the male reproductive system as it improves the quality of seminal fluid production and aids in the treatment of infertility cases.
It can be used in cases of impotence, sexual weakness, inflammation in Organs sexual organs and spermatorrhea.
Shatavari is also considered an adaptogen that strengthens the immune system and increases our resistance against stress and illness.
Shatavari belongs to the same family as asparagus and has nourishing properties, it is calming and refreshing which helps in conditions where the body and mind are exhausted or out of balance; including heartburn, indigestion, diarrhea, urinary inflammation and irritable bowel syndrome.