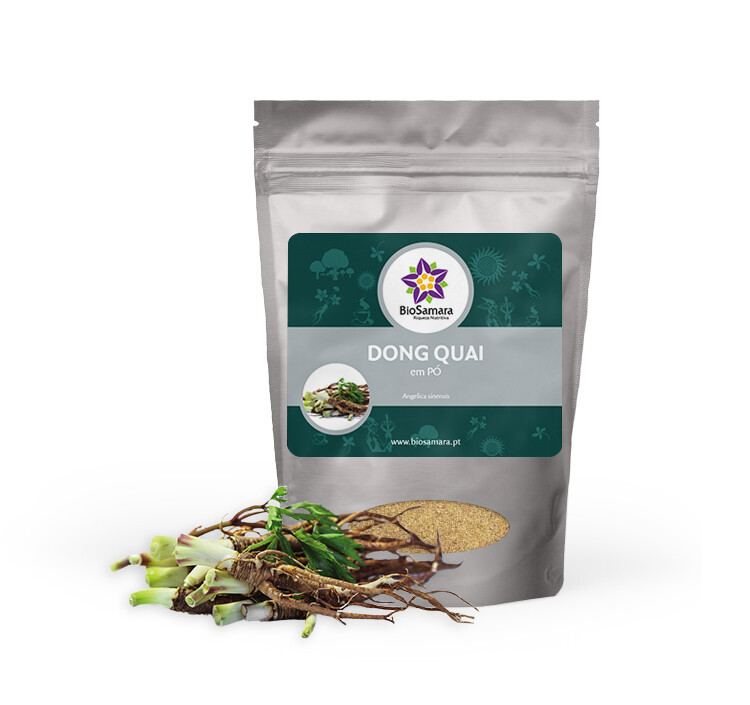 Dong Quai is a plant native to China and is also called Feminine Ginseng or Chinese Angelica. It is a plant of the celery family.
Dong Quai, which literally means “to restore correct order”, is considered an important medicinal plant in China, Japan and Korea, where it has been used for thousands of years.
It is primarily harvested for its leaves and roots, which contain a variety of plant-specific fragrant organic compounds called coumarins.
Dried root is rich in vitamins A, B3, C, E, iron, magnesium and other minerals and is commonly used to prepare tonics.
In addition to traditional Chinese medicine Dong Quai is used as a medicinal plant in other traditional healing systems, including Native American medicine, Ayurveda and Kampo.
It is traditionally used to treat high blood pressure, anemia, high blood sugar, poor circulation and heart disease.
Although these uses apply to both men and women, Dong Quai root is best known as a natural treatment for painful or prolonged menstruation, endometriosis and unpleasant symptoms associated with menopause and also to regulate the menstrual cycle, that's why reasons it calls itself female ginseng.
The medicinal properties of Dong Quai root are due to the presence of coumarin compounds and various phytosterols.
The root also contains ferulic acid, a therapeutic agent used to treat cardiovascular and cerebrovascular disorders.
Dong Quai root plant sterols exert estrogenic effects that help to offset menopausal symptoms such as hot flashes.

Alert of possible interactions:
Fair-skinned individuals may experience increased photosensitivity when taking this herb.
Also, due to Dong Quai's estrogenic effects, you should not use this herb during pregnancy and lactation, nor if you have a history of hormonal diseases such as breast cancer.
Dong Quai may also increase the effects of other medications, especially anticoagulants and antiplatelet agents.

Use:
It can be taken as tea or in tea blends, but it can also be used raw, adding it to water, juices, vegetable drinks, smoothies, yoghurts, soups and breakfast cereals for example.
Recommended maximum daily dosage: 1.5g (1/2 teaspoon) to 3g (1 dessert spoon).